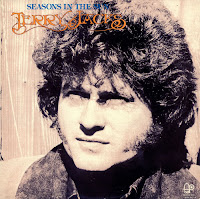 Sometimes I worry maybe I get a little too didactic in my blogs. I guess I see a lot of bad in the world counteracted by a lot of good, and I hope the good will win. So in an effort to avoid preachiness, here’s a fun story from my youth.

As I walked home from school in the fourth grade with my friend Darin, he sang a song I hadn't heard.

To his utter amazement, I asked what it was.

“You’ve never heard Seasons in the Sun? It’s only the most groovy tune in the world!”

See, I was raised by parents that didn’t pay much attention to pop music. My dad listened to jazz, classical, and the world renowned Mitch Miller’s Sing Along Band. If you’ve never heard Mitch Miller, you need to look him up on YouTube. I guarantee you full minutes of entertainment. Here’s a sample.


With that background, of course I hadn’t heard of Seasons in the Sun. So after school, I went to Darin's house and we waited at least eight minutes before it played on AM 1320 KCPX. And yes, it was groovy.

Now I had to be groovy, so I went immediately home and told my older sister about it. Wendy was in sixth grade and of course had already heard the song. She and her friend Debby immediately started singing it.

I’d finally joined the groovy crowd! I could walk around the house, our street, the school playground—anywhere—and not be ashamed I didn’t know the latest hit. Our dad even bought the 45 vinyl record for us.

In reality, it’s a pretty lame song with maybe only three chords. It’s about a guy who’s dying of some terrible disease and wants to say goodbye to everyone. But the flip side of the 45 was even worse—Put the Bone In. Before you comment on that title, it’s about a dog that died and they want to bury him with a bone from the butcher shop. Both songs are about on par with most songs The Partridge Family ever put out.


A couple weeks later, Wendy and Debby hung out in our living room talking about groovy stuff when Seasons in the Sun came on KCPX. Trying to maintain my grooviness, I ran in and told them to be quiet because their favorite song was on. They looked at me like I was a stink bug.

“That song is so old,” Wendy said. “We don’t like that anymore. Now we like Run Joey Run.”

Devastation! I’d instantly lost my hipness—I liked an old, outdated song from two weeks earlier. To make it worse, Run Joey Run told about a girl named Julie whose dad is upset because she and Joey got a little too friendly. The doctor told them they were in love and better get married quickly. Julie’s dad pulls out a gun and…well, I won’t spoil it. You can watch the tragic events unfold in this official video.

Anyway, as result of all that, I stopped liking pop music for many years. Decades, really. My music tastes now vary from Tuvan throat music, to prog rock, to Indonesian Gamelan, Irish punk, jazz, classical, and, on occasion, a good pop tune like this.